3
0
If you haven't heard already (and who hasn't) Donald Trump will become the 45th President of the United States. He's probably one of the most recognizable characters, with one of the biggest personalities worldwide. We won't even get into the hair (which has a massive following all on its own). So, we thought it was only fitting that we use him as a model today to teach you how to draw a caricature. A caricature is a picture of a person, where distinctive features or peculiarities are deliberately exaggerated for comic effect. This tutorial was put together by our very own rituparnomaity. 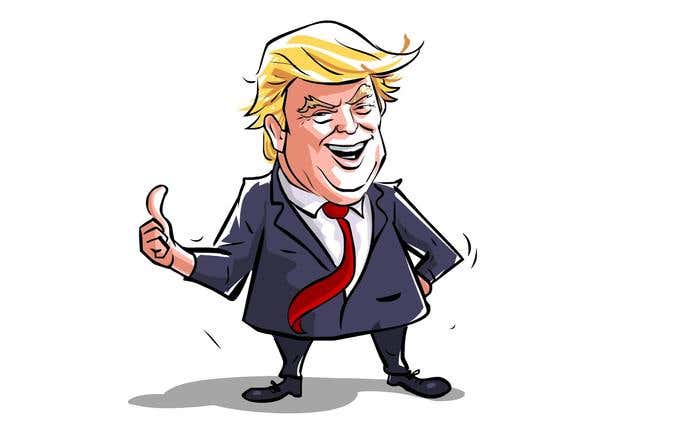 Click here if you want to learn how to draw a cartoon character. We'll show you how to draw Joker from Suicide Squad!

First, you’ll need some real-life inspiration. You can find images of this nature from a simple Google search. You can also try blogs, and news sites. Once you open/import them, be sure to put the images in one layer. 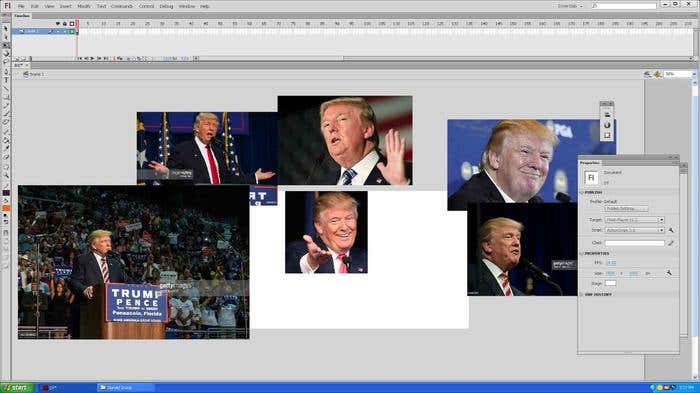 Find an image that you like. It could be anything, so long as it suits your artistic purposes. Keep in mind, the more expressive the subject in the image the better - it makes for a more interesting caricature. For this project, we’ll go with the middle image. Once you have made your selection, press F8 and select the type as “Graphics”. Name it “DT”. 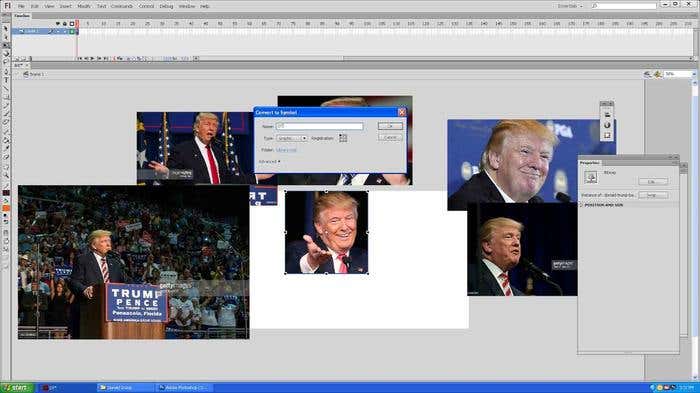 Select the Graphics (DT) image, create a copy of it and then push it aside for reference. Now select the middle image, and from the properties menu (Windows>Properties), opt for an alpha of 20%. This makes it easy for you to trace the image below with the Brush tool. Remember, the other pictures are only for reference with regard to hair style, body gestures and posture. 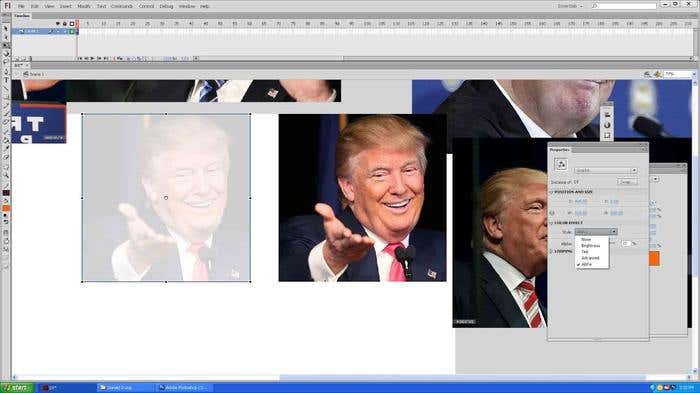 Create another layer from the Timeline. Then lock the first layer (DT) and begin to trace the face on the new layer. Take your time, use your imagination and be creative. Be sure to let your strokes flow smoothly. You want a caricature that looks natural, not one that looks rigid. 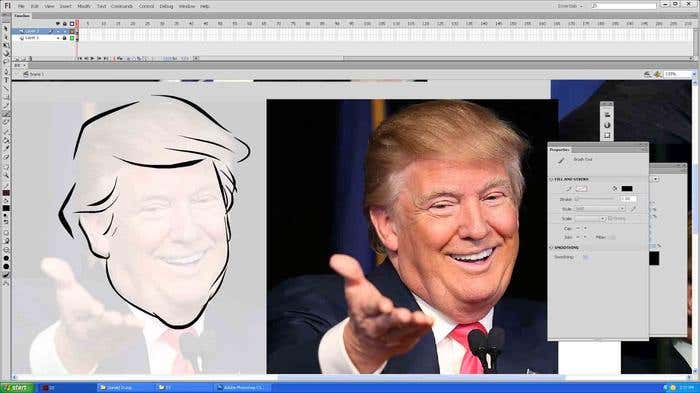 Create another layer and use your imagination to draw Trump’s body. If you happen to be a college art student, and studied figure and nude drawings this step should be easy for you. If not, feel free to trace a similar picture of Trump’s body as you did with the face. If you didn’t import a picture of Trump’s body, simply look online for one now and import it into Adobe Flash CS6. 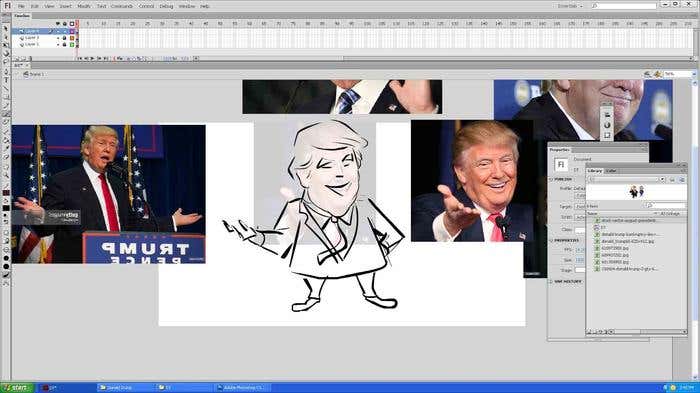 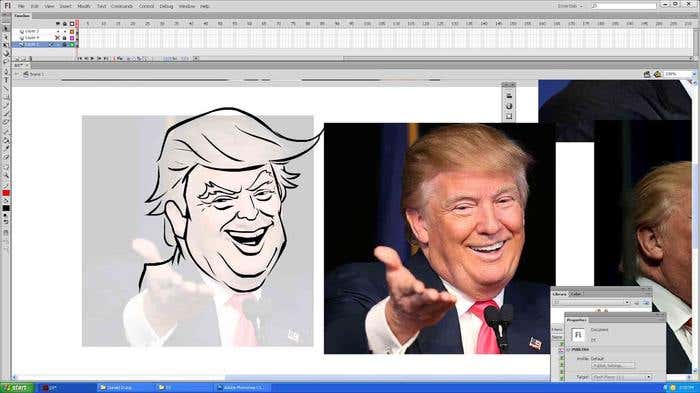 Do what you did in step 6 and clean up the lines on the rest of Trump’s body. Use the original image as a reference if you like, in order to the look of the caricature right. 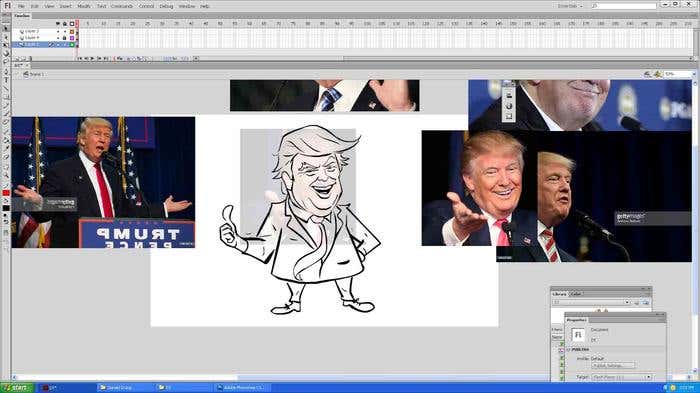 Now comes the really fun part. After you have completed cleaning up all the lines on the image you traced, lock all the layers. After that, create another layer at the bottom. Use the Brush tool to color in this new layer. With so many colors available to you, coloring your caricature shouldn’t be a problem. If in doubt, you can always search online for images to inspire and inform your coloring choices. However, do not be afraid to go a bit wild and use your creative license.

Here, we’ve chosen a navy blue for the suit and shoes, a bright red for the tie, and a bright yellow to really accentuate his hair. 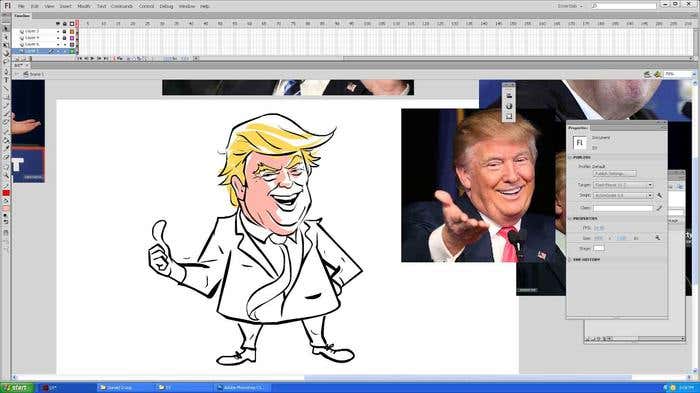 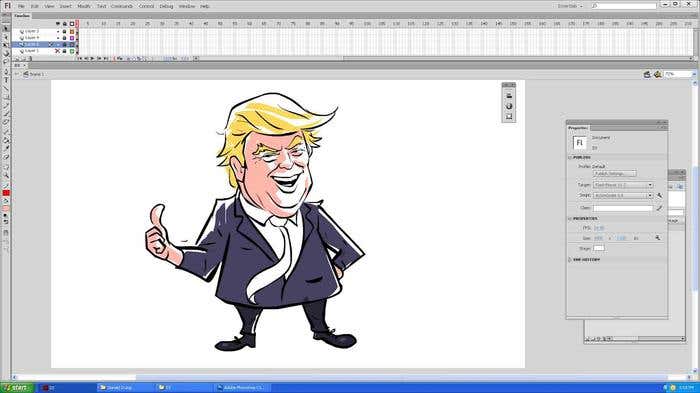 At this stage, you should make a new layer and create a color shadow at the bottom. The shadow should be underneath the foot. We’ll create red lines in the color layer with a pencil tool in order to come up with the desired shadow. For example, since we have chosen to go with a blue for the suit, you should choose the color blue, then make it darker using the color panel (Window>Color). You can then apply this color to the shadow.

PRO TIP: Shadows help make the caricature seem more real, since objects tend to have shadows due to the light hitting them at different angles. A shadow at the bottom implies that the light source is somewhere above the image on your screen. If you were to choose the left as your light source, then the shadow of the image would fall to the right and vice versa. 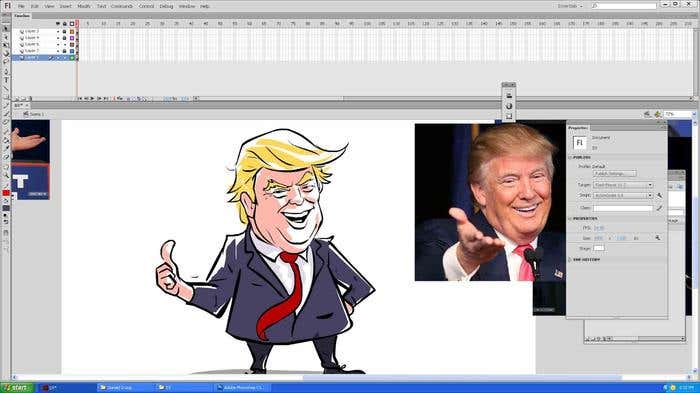 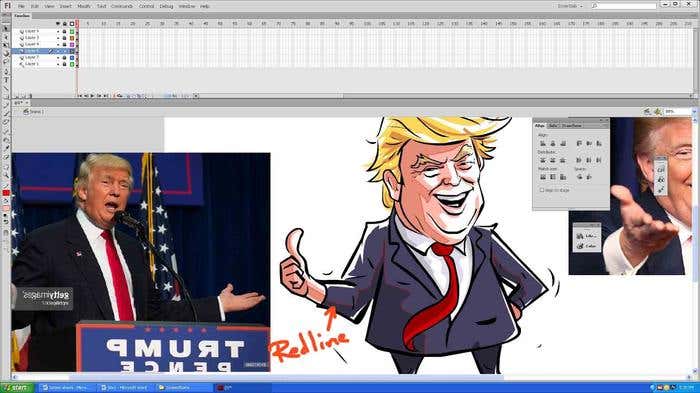 This is the last step of the project. Clean things up, paint the tie a bright red, and complete the caricature with any finishing touches, like adding highlighting and shadowing. And voila! You have a Donald Trump caricature. 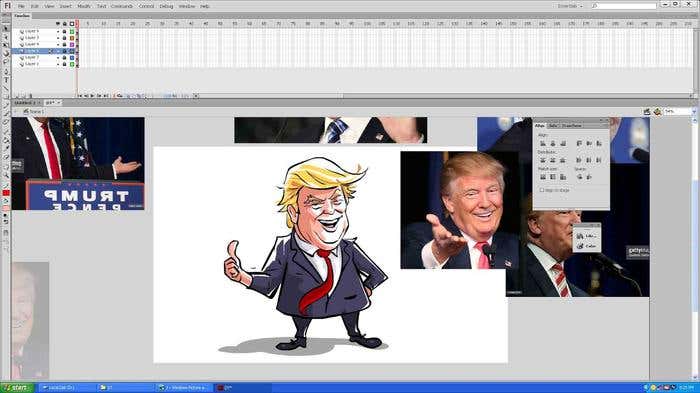 A Few Things To Note:

To achieve the best results, make use of a digital pen mouse to draw and color your Donald Trump caricature.

Need A Helping Hand To Draw A Caricature?

Got an idea for a GREAT caricature? Freelancer houses thousands of the best caricaturists from around the world, so you'll be sure to find the right freelancer to bring your project to life. Simply post a project, and you'll receive bids within minutes. Get started today!

Avoid following key mistakes while creating and setting up your new e-commerce website. Make sure that your customers find it easy to use.

Essay on the Virtual Reality field in the US.