Waking up in a different country to help a new set of electoral parties and candidates was already a routine for Nicholas Demeter -- a US-based expert in international development focusing on democracy and governance. This time, he is stationed in the Democratic Republic in Congo (DRC) to train female candidates running for local office how to effectively canvass for supporters.

"Currently, I am training female leaders from several political parties in the city of Beni, DRC. My main goal is to inform them that even if you start out with a small amount of resources, you can build a large volunteer/supporter base over time," he said.

As part of the training, Nicholas imparts techniques for efficient canvassing. He used to present a calculation that computed the results of door-to-door canvassing. The calculation resembled a problem commonly found in Math books: If each person can visit Y places and convert Z new volunteers per day, how many volunteers will you have after N days? 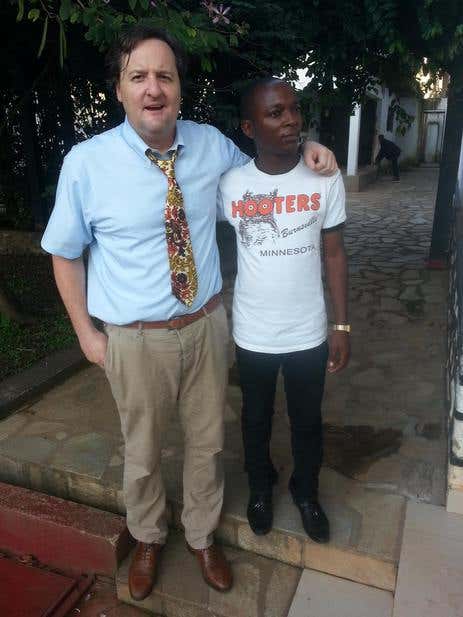 (Nick Demeter posing with a resident)

At the time, Nicholas didn't have the actual formula for the problem. "I used to ask participants if they could create the formula (for a nice prize!) but nobody in my 15 years of training (in former Soviet Union, the Middle East, Central Europe, and all over Africa) was able to do it although many tried."

While in DRC, he decided to finally complete the equation. He gathered initial estimates based on results of door-to-door canvassing, recruiting rates, and campaign periods. "I searched Google to find the formula. Freelancer.com popped somehow and the professional look gave me confidence that this might be a good place to find help," he said.

The project was awarded to Tony (Arbw), a freelancer from Australia who has a decade of experience as a physics researcher and operations research analyst. Nicholas briefed him on the equation and gave him the figures. In 10 minutes, Tony was done. "He was very honest. I offered him US$35 and he said it was too much for the time he spent," Nicholas said. But what really made him admire the freelancer more was how he continued to help even after the formula was done.

"I admit I'm not very good in Algebra. I asked him if he could write a little program that would do the calculations for me and he did it for free even though I offered to pay. He was genuinely interested in helping me help the people of Congo. I was inspired at how a complete stranger took interest in people half the world away."

Nicholas has already used the formula in training grassroots organizers in the DRC. The calculator Tony created came in handy -- all the participants had to do was drop in the numbers based on their own unique campaign projections. After the trainings are over, Nicholas hopes to bring different political parties together and build relationships between female leaders so the elections will be more peaceful. 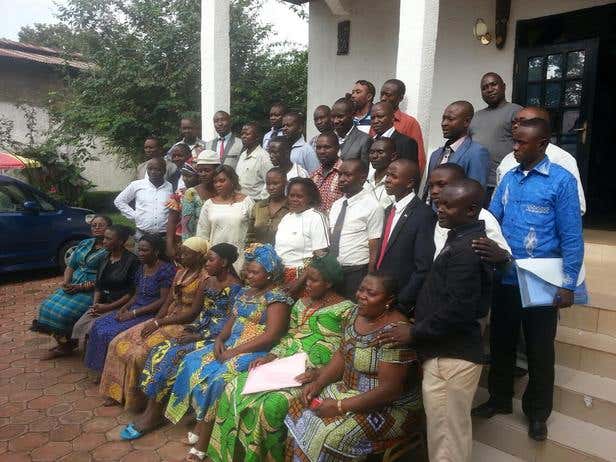 According to him most campaigns don't do canvassing properly and rely on paid "volunteers" but they either don't hire enough or hire too many because they can't estimate properly, until now. "Most campaigns need thousands of volunteers and tens of thousands of votes. This seems overwhelming and impossible even six months before the election, but Tony’s equation convinced them it can be done."

In their training evaluation forms, the participants wrote that the formula was the best thing they learned all week. "Freelancer.com is not just a Web service – it has the ability to bring much-needed expertise to some of the most distant places on Earth. Thank you Freelancer and Tony!"

This article will examine some strategies and tools that freelancers can utilize to make themselves stand out from the crowd.

Modern entrepreneurs are a powerful engine of economic growth. Learn how they have been changing the economy for decades.

Disruptions in financial services are nothing new, but the rate at which modern technological advancements are changing the landscape is unprecedented

Sharing the best experiences of our customers with the Support team. Share yours and receive a gift from us.