These are the top web app development trends you can't afford to miss. Follow them If you want to remain relevant to the evolving needs of your users.
Jan 14, 2020 • 5 minute read

A look at the emerging tech that's driving change in the way web apps are built.

In 2019, tech that’s already been around for a while is beginning to warrant interest from developers. Blockchain is being viewed as a more widely applicable resource. Artificial intelligence and virtual and augmented reality are maturing into viable technologies too.

We’re going to look at five things that are driving a real change in the way we approach building web apps. Integration of emerging tech seems almost inevitable as development becomes more open and flexible.

PWAs take user engagement to a totally new level for web applications. It’s easy to see why Google, Microsoft and other major players invest in pushing the PWA as a modern standard for web apps. When The Washington Post converted to PWA, the stats were astonishing.

A PWA is progressive when compared to traditional web apps, utilizing the latest tech to give a faster, more immersive user experience. This is what’s behind its popularity, ability to improve conversion rates and an uncanny capability to avoid bounce. PWAs store data on their own server, but they keep resources and necessary data on your device, allowing them to run while you’re offline. Push notifications allow them to communicate when they’re not running, like native apps do.

As a developer, it’s only necessary to update PWA on its server. That update will roll out across all platforms and there’s no need to write lots of different updates, like there is with traditional web apps. In theory, a business can make a single PWA that runs on iOS, Android and Windows. In the past, that meant having to make and regularly update several different versions.

All this means that PWAs are set to become even more popular with users who respond well to an immersive and easy flowing experience. They’re also set to gain more favor with developers and companies because they’re far cheaper to produce than traditional web apps. PWA numbers could go through the roof during the next 12 months.

Business is catching on to the fact that AR presents great advantages to online retail. It offers the chance for potential customers to “try before they buy”, placing virtual products in home settings or on wearers. Some of the major makeup manufacturers have already dabbled in AR, utilizing features that let you try out lipsticks before purchase.

Apps like Vuforia Chalk allow free exchange of information to solve customer problems remotely and quickly. A user can communicate with a service technician through the app. It's possible to point their phone camera at a device to communicate an issue. An overlay then provides written notes, pointers and instructions to solve problems and learn controls. Ikea Place is the Swedish retailer’s app for placing items of furniture and products into a customer’s own living room. Never again will you lug that chair home only to realize that it doesn’t fit, or even worse that its color clashes with the blinds.

Augmented and virtual reality present huge opportunities for web applications. Uses are not limited to retail and service industries. They can work well for training, real estate and even in medicine.

We’re now seeing adoption of this tech reach far beyond the realms of cryptocurrency. It’s important to try to shake off the idea of bitcoin and similar concepts when looking at how blockchain can apply to web apps. Companies and institutions are starting to see the potential it holds for improving security and protection of data, but that’s not all. Widespread disintermediation is one of the great advantages that blockchain presents. Exchanging information using blockchain removes the need to use a third party, such as a lawyer.

Blockchain can change how we do transactions. Exchanges of money or intellectual property are more transparent. Blockchain offers the potential to be a verifiable, permanent and historical record of an agreement or value. In that sense, it’s a very practical technology. It's got the potential to disrupt how we are doing business.

When it comes to secure storage of data, information and customer records, blockchain offers an option to decentralize, removing some of the stranglehold the big players have had on the internet since early on in its development. The potential for future blockchain usage is only limited by the number of ways developers can learn to employ it.

4. The rise of machine learning and artificial intelligence

Business is waking up to the fact that there’s been big improvements in AI. It presents increased usability in areas like online sales and support, for instance. Chatbots of the past were either not equipped with AI or had no ability to learn. This made them ineffective. They were limited by parameters of input that governed their capability. In the past, they were less able to understand a customer enquiry, complaint or plea for technical help.

Rapid advances in natural language processing (NLP) are making a difference. Increasing use of smarter chatbots equipped with NLP-enabled AI are revolutionizing online trade. Perhaps the most significant advance here for developers is the breaking down of technical barriers. Companies like Microsoft, alongside others, now supply what are essentially toolkits for developers. Toolkits enable them to incorporate AI into apps without a need to specialize in AI.

There are many attractions connected with serverless web app development and one of them is cost. Outsourcing storage, searching and hardware saves money. It also makes an application instantly more scalable when demand increases. With an absence of on-site servers comes far less need to carry out costly maintenance. On-demand pricing makes everything much easier to budget.

Some of the new tech we’ve already looked at in this article becomes easier to incorporate when developers go down this route. AWS offers a whole suite of services including speech and AI. These plug straight into your new app and provide a much more interactive and enjoyable experience for its users.

Going serverless means offering improvements without compromising performance. An application isn't punished for becoming popular or for being a success. There's no lag in adjusting to increased user numbers should your idea have wings. Similarly, serverless app development means that you’re using FaaS (Function as a Service). This sees you only get billed when you’re using the functions you’ve subscribed to.

Developers love serverless web apps because they can spend more time writing code. Companies like it because they only pay for what they use and there’s less capital outlay involved.

There’s a very real sense in 2019, not quite that anything is possible, but certainly that more things are viable than ever before. Open source toolkits have arrived. Technology that makes web apps far more appealing, engaging and useful is here to stay. Both have aligned to create a very exciting development environment.

Planning your startup
Our ultimate guide will help you write a business plan investors will be ripping out of your hands. Learn how to expertly craft each section of it.
22 MIN READ 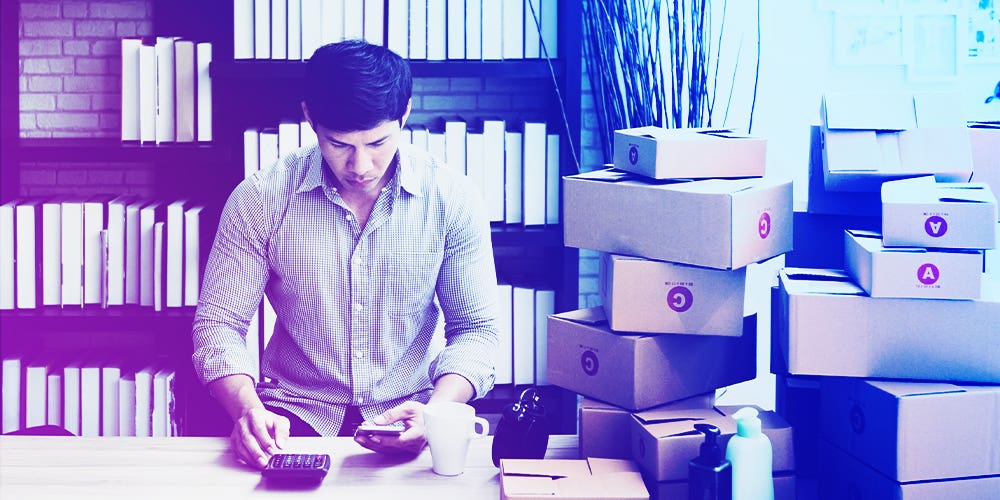 Corporate branding: What it is and why you need it
Good corporate branding can add massive value to your business. We'll show you how to turn your brand into a valuable asset
7 MIN READ